My husband and I took a little trip to Seattle a few weeks ago. We attended the Sewing and Stitchery Expo at the Washington State Fairgrounds. I have never been to a  sewing/quilting expo in my life so this was incredibly exciting! Some of my sewing Facebook friends were also attending and we planned to meet up, but amidst the 1000’s of people and our schedules, we unfortunately didn’t have the pleasure. Maybe next time! 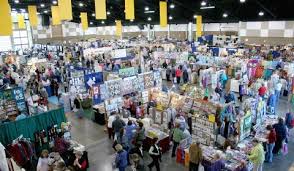 I was completely mesmerized by the rows and rows of vendors, classes, and the throngs of shoppers. While there I took a business class, and a bra-making class. Both were great, but short and too the point with no time for questions and answers. I found some lovely fabrics at the Vogue Fabric vendor and from the Simplicity site and attended an inspiring fashion show MC’d by Melissa Watson.

I paid close attention to the types of fabrics that were used, because I really need to focus on using the suggested fabrics instead of pretty quilting fabric, which is ok, but just doesn’t look or feel as nice. 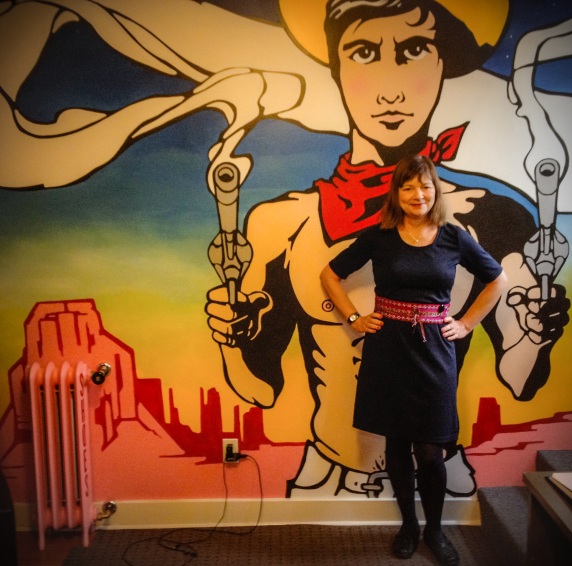 We stayed in airbnb’s for the first time ever. Both were exactly as described and we were not disappointed. We visited Tacoma, Mt. Rainer, the EMP Museum, Pikes Market, Volunteer Park, Bainbridge Island and walked around the quaint little neighborhood of our BnB in Capital Hill. While we were at Volunteer Park, we snapped a few shots of my new dress that I made for the trip.

It is made from Ponte Knit purchased from Fabric.com. I used the Itch to Stitch pattern that I had previously made up in a muslin to check the fit. It turned out to be a great travel outfit. I wore it with blue leggings and the colorful belt that I got while in Peru. 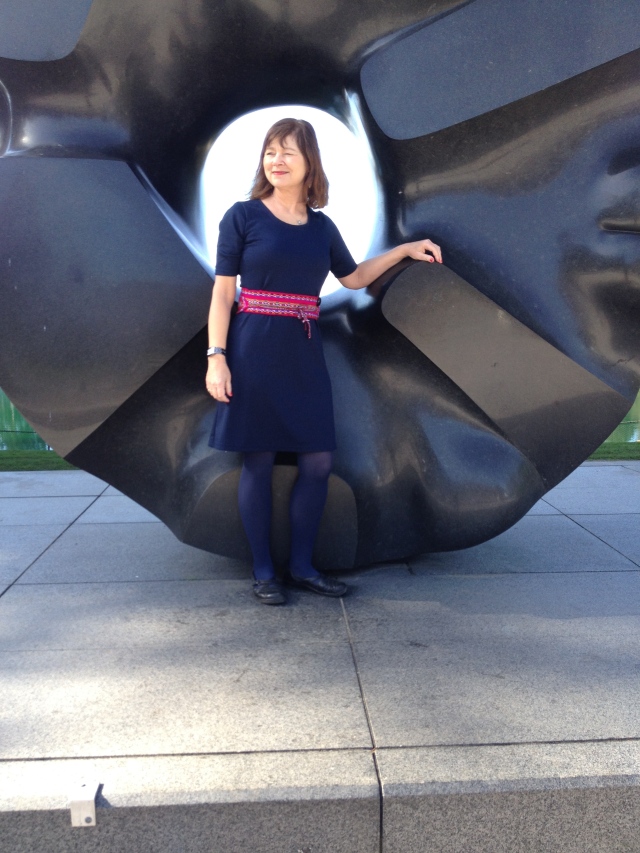 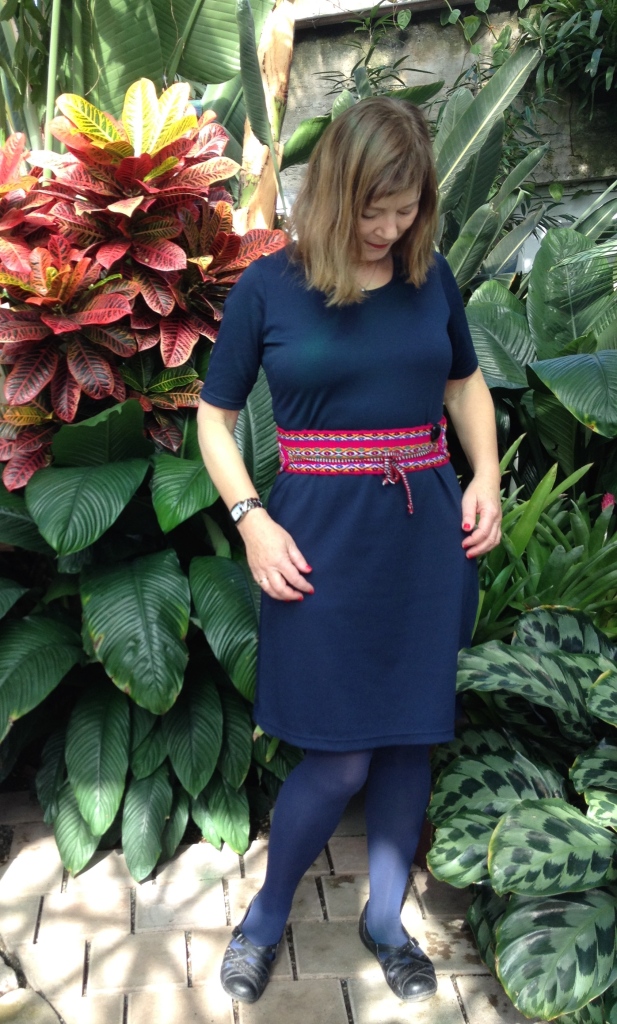 So, what did I buy at the expo? I bought rayons, knits, and only one cotton. Here are the treasures. Now I just have to imagine what I will make with them! Do you have any suggestions for me? 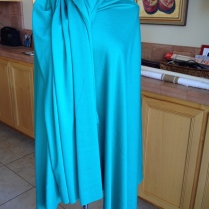 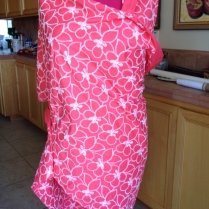 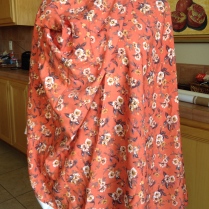 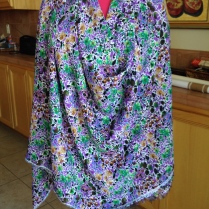 8 Responses to Sewing in Seattle!